Ainol NOVO 10 Hero II is a cheap Google Nexus 10 alternative. Its hardware spec beats Nexus 10 in many aspects, the quality is about the same, it has many features that Nexus 10 doesn't have, such as FLASH, HDMI port, and expandable storage by micro-SD card, but half price ($219).

Ainol Novo 10 Hero II (2) is the first quad-core 10.1 inch tablet released by Ainol. NOVO 10 Hero II is powered by a 1.5GHz AMLogic ARM 2nd generation Cortex-A9 based quad-core CPU with built-in quad-core Mali 400 GPU, which can play 6 videos simultaneously while you can still open apps in the background. The highest HD video it can play is 4x HD, and it can output 1080P 3D video directly. Ainol NOVO 10 Hero II has an unique Quick Boot feature, it can be turned on from sleep mode in 1 second. The full boot only takes 10 seconds. The 4 CPU cores are turned on and off independently to save batery. It uses the 1280x800 pixel 180 degree viewing angle IPS capacitive screen made by Samsung (the same screen used on Samsung Galaxy Tab 10) and runs Google's latest Android 4.1 Jelly Bean (the same OS on Google Nexus 7). The Smart Backlight automatically adjusts the brightness of the screen according the ambient light. It has dual-cameras - 0.3MP front facing webcam and 2MP rear facing camera. NOVO 10 Hero II has HDMI port so that you can play video and games on your big screen HD TV. Ainol NOVO 10 Hero II has Google Play (Android Market) pre-installed. Ainol NOVO 10 Hero II has a supper large 8000 mAh battery, so you can enjoy playing game or surfing web for 8 hours without charge.
uPlay Tablet (Ainol's oversea distributor) is selling the 16GB version for only $219.99! 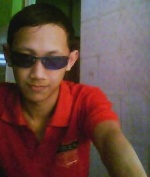